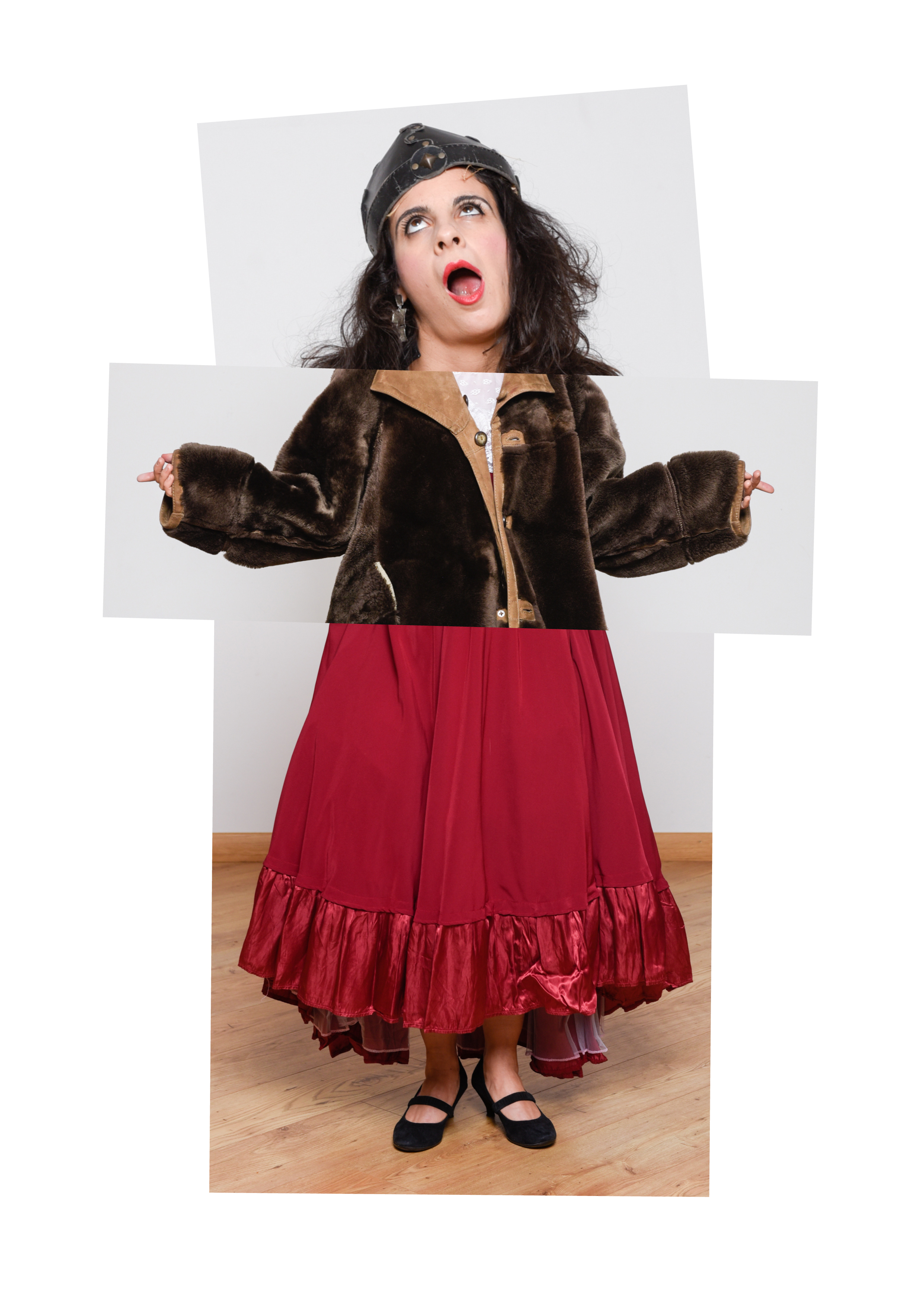 Silvia Laniado was born in 1984. She graduated in Theatrical Arts at the School of Physical Theater P.A.U.T. and in Theory and solfège at Milan Conservatory.

She graduated with laude in Humanistic Studies for Communication and started singing as a child in the Minipolifonici Choir in Milan.

In 2007 she founded the company “le2unquarto” that offers performances combining comedies and puppetry both in indoor theatres and street art festivals around Europe and the world.   The duo won several prizes including Premio Benedetto Ravasio as “Best emerging company”, special Mention Mirabilia for “Best street performance” and Gianduia di Pezza Award for “Best comedy show”.

In 2013, together with two actors-musicians, Silvia founded a new company, the “TRIO TRIOCHE“, where she performs and revisits pieces of classical music and opera in clown style.

In 2015 she won the first prize “SurPrize ” for the excellent connection between high musicality, clowning, professionalism, drama and contemporary history” combined with “fair comic madness”.

In 2015, Lanadio was hired by the Longuel Association for a show written and directed by Antonio Vergamini, from the Company Finzi  Pasca. The show “OPERA GUITTA” aims at bringing Opera in the streets in an original and accessible way for an ordinary audience.

Fascinated by the use of the voice as instrument, in 2011 she obtained  a teaching qualification for the Methodology Mod.A.i. at ISTITUTO MOD.A.I., with whom she actively collaborates as a teacher of vocal music