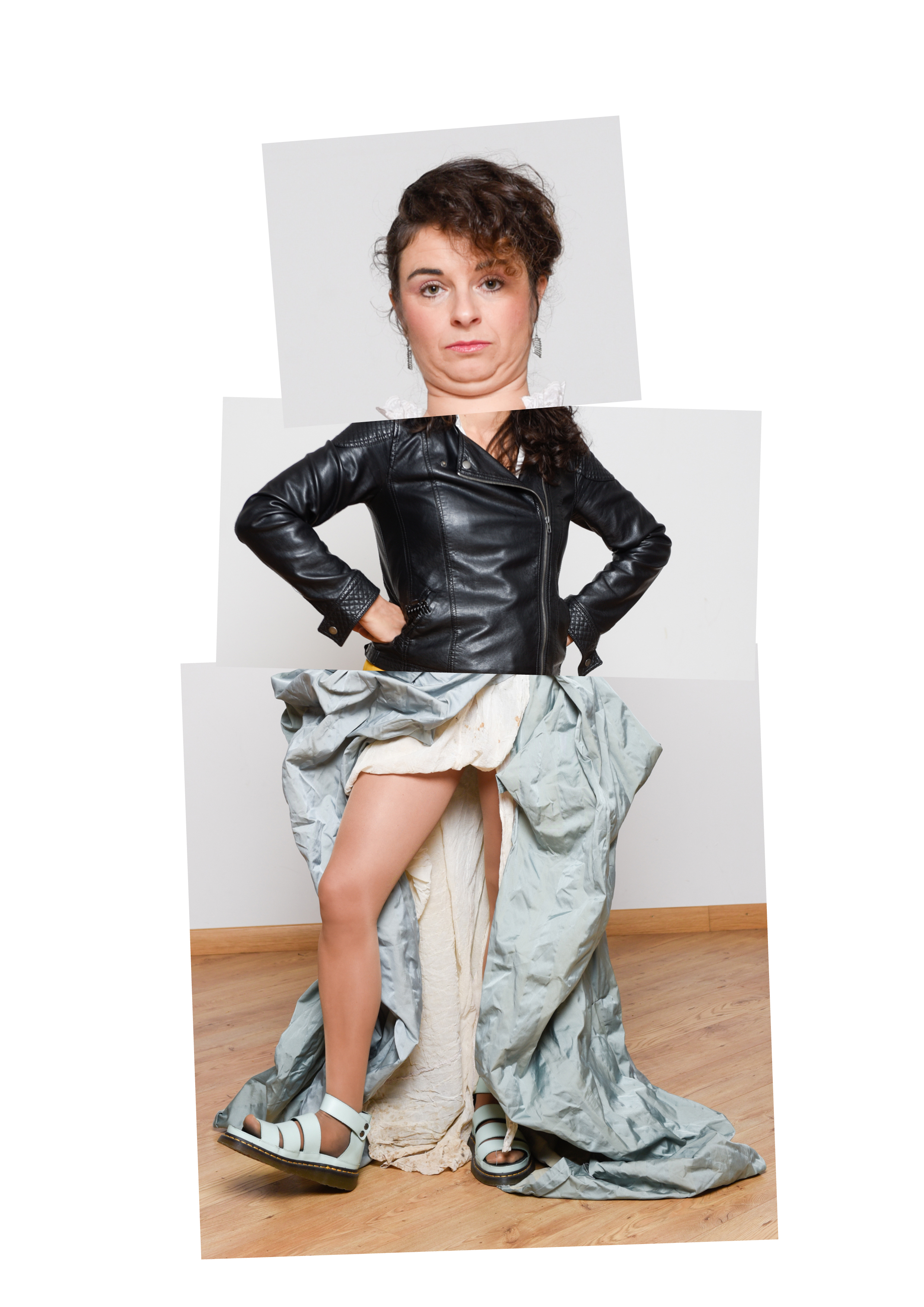 TERESA BRUNO was born in 1983. She is an actress, clown, theatrical researcher and educator. Moreover, she is one of the founder, in 2002, of the company and theatre centre TEATRO C’ART, which is focused on comedy, theatre and education.

In 1991 she began her training as a gymnast and in 1999 as an actress with André Casaca, with whom Teresa still collaborates. She continued her training on physical theatre, dance, voice, mime and clown with Yves Lebreton, Philippe Gaulier, Jos Houben, LumeTeatro Brazil, Paco Gonzales-Floz Families. She also trained in dance with Raquel HirsonScotti- LumeTheater, Sabrina Cunha, Marigia Maggipinto belonging to Pina Bausch’s company. In parallel, she trained on Butoh dance with Atsushi, flamenco with Pilar Carmona and voice with Daniela Soria, Monica Scifo and Ida Maria Tosto, singers and educationalist on the functional method by Gisela Rohmert.

At the end of 2015, Teresa increases her knowledge oN Rohmert’s method by starting a four-year course at ISTITUTO MODAI in Turin.

Since 2000 she has been hitting the scene with the shows “La pena di Morte”, “La Danza di Eirene”, “Il Labirinto”, “Tango cieco”; and since 2005 she has been in the productions of the TeatroC’art: FamigliaVagalume”, “MatrimonioItaliano”, “Noise talent show”, “Rosa” e “Fiab’art”.

She has been assistant director of the latest Casaca shows and also theatre consultant for the following shows: clown show “La Panchina” by and with Valeria Morgantini and Paola Balluchi -Livorno 2017/2018; street show “Da cosanascecosa” by Elisa Zanlari in 2017 and clown show “Giulietta”, created by Stefano Marzuoli in 2018.

In 2012 she created her first solo clown show ROSA, performed in Italy and abroad, both for  children and adult audiences as well as in circus festivals of great importance and in most recent contemporary circus festivals, such as Mirabilia in Fossano, at the OFF Festival of Mimos in France.

Since 2004 she has been organizing training projects applying the “Comedy-relational education”, a  methodology devised by Casaca, in several compulsory schooling classes in Italy but also with international cooperation projects in Cape Verde and Brazil. Up to now, around 17,000 people, including children, teens, adults and also disabled have participated in her educational activities carried out in schools as well as in daycentres, foster homes, small circuses and also for professionals.

Since 2016 she has been organizing two adults training all over Italy: one is focused on the expressiveness and body readiness “Natura del corpo” and the other is focused on clowning “Stupido, goffo e geniale: l’essenza del clown”.

Starting in 2002 she is the Administrative and Organizational Coordinator of the C’artTheatre Center in Castelfiorentino (Florence), supporting the artistic Direction of André Casaca. In 2016 she joined the Turin company, le2unquarto, acting in the comedy and puppets show “RETRO ‘GOLD” with Martina Soragna.