Silvia Laniado and Martina Soragna founded the theatre company “Le due e un quarto” in 2007 and comedian Teresa Bruno joined them in 2016.

By merging their experiences and training in physical theatre, clowning and voice, they created a personal and versatile style where comedy and puppets are magnifying glasses on human frailty and folly.

During their careers they were awarded several prizes: Special award at “XIV Festival Internazionale Immagini dall’Interno 2008”, Award “Benedetto Ravasio 2009”, special mention for best staging at “Festival Scena in Corto 2009”, Award “Gianduia di pezza 2010”, Special mention “Mirabilia 2010”.
In 2014 they were part of the staff coordinating 350 marionettes for the Defilè parade in the “Biennal de la danse di Lione”, a project carried out by theatre Stabile of Turin, the city institution for the promotion of theatre.

In 2018 “Le due e un quarto” is one of the theatre companies personally chosen by Arturo Brachetti for his “Gran Varietà” at Le Musichall of Turin. 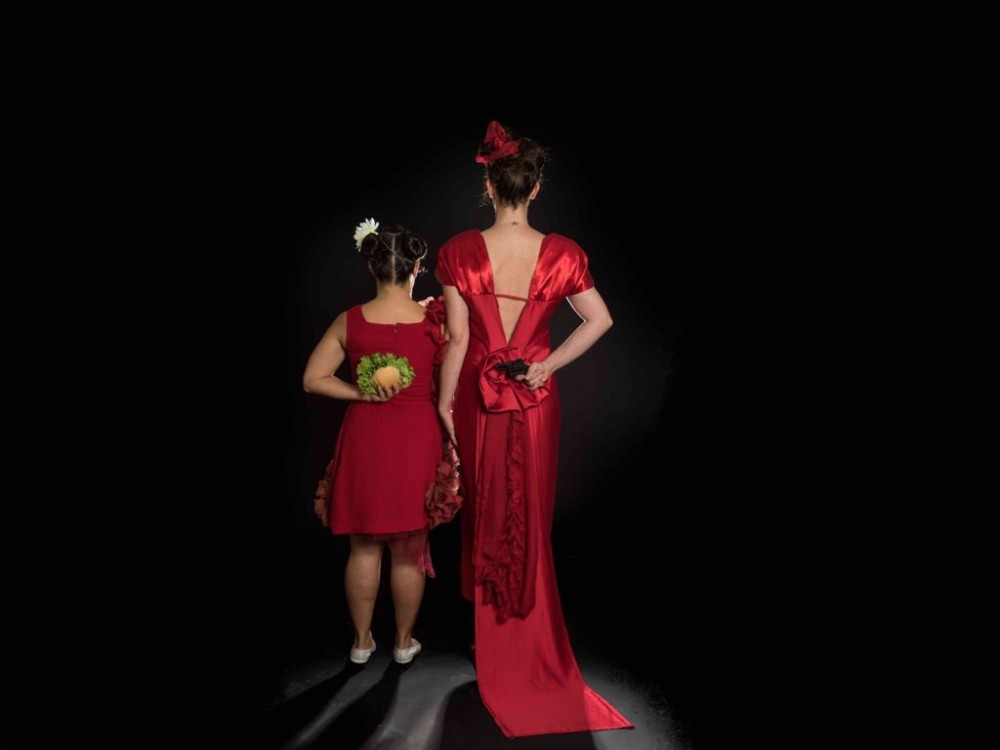 What can two awkward clown puppeteers achieve with two talented puppets, thinking to be invisible? 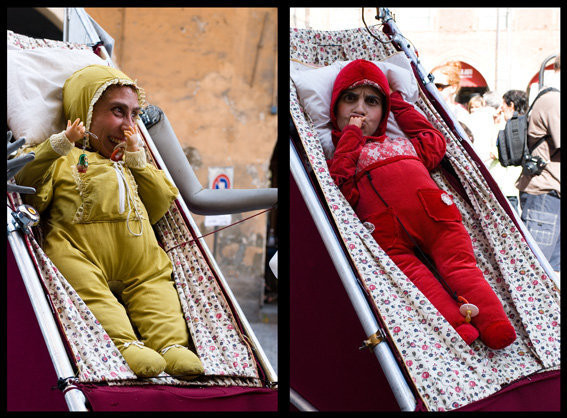 Created by and with Martina Soragna e Silvia Laniado

Two “baby puppets” wander around the city in their giant prams, actively involving the audience in their sketches! 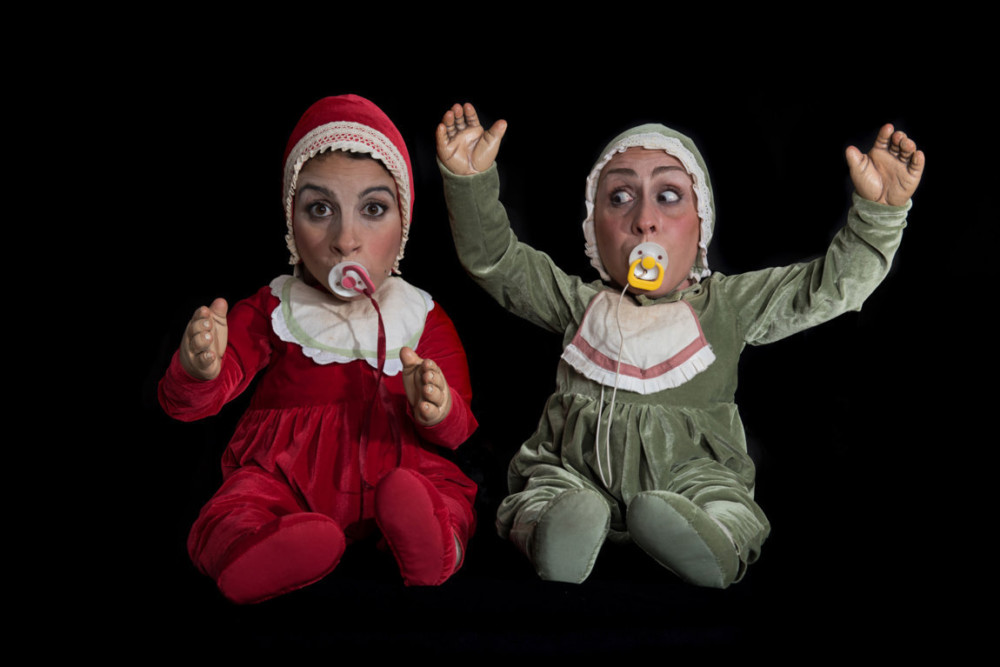 Comedy performance on stage of variable length – 7 or 15 minutes – according to customer’s need, suitable for Varietà, Gala and Cabaret.